There has been speculation growing as to the stock market having a major crash in 2014. There are rumours that seem to be played out daily at how long the bubble can last and when it is going to go bang. 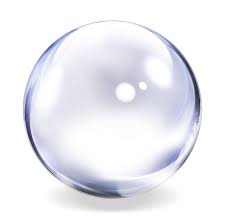 Is the stock market bubble about to burst?

The only way predictions can work is by looking back at the situations in history when there has been a crash in the stock market. Investors and those dealing in the stock market want the information to see if there is a pattern that forms before the crash so they can have some warning of the imminent danger.

But what is happening is all this information is coming together and the analysts are all predicting a market crash.

What are the signs?

There are many different signs that you need to be aware of if you to read them correctly, but as with all signs they can’t predict an actual market collapse, it is just going to be an opinion that with these factors taken into account the potential for a market crash is at a high point.

The market has looked too good, and many investors have purchased stock and the price that is being paid is potentially more than the actual value, it has even been suggested that this value might be a staggering 40% more than the stock is worth. There is a possibility that the prices could stay at this inflated rate until they reflect their true value but this is not likely, the stock market is traditionally highs followed by lows, there is never a reflecting portion in the middle that will wait till things change.

If the stock market was able to wait this period out without the sudden crash there is going to be a very poor return on investments. This will be reflected in the sales prices of the stocks and any dividend payments that might be due.

It is this imbalance that could potentially tip the stock market to the point where it has no choice but to crash, there is no  way to predict when or how hard the crash is going to be or when it is going to happen. This is why many investors are turning towards the economists for help, they want to understand the arguments for and against the evidence that is pointing towards a failing market. They want to make sure that they have protected as much as they possibly can any money that they have got invested in the global stock markets around the world.

Some evidence suggests that if the S&P 500 index is over 100% then the possibility of a crash in the market is extremely high, we are at this point and the only option that is left is a sudden crash in the markets. It is not going to be an event that is quickly changed, the economist Robert Weidemer has predicted that not only will the stock market see a predicted crash but this will have a knock on effect in different markets including the employment market with a possible reduction and it has the potential to damage the inflation too.

‘It’s interesting how bubble psychology works. When the price of an asset, such as stocks or real estate, is going up, everybody thinks that that higher price must be the true value. Only when the price is going down does anybody suspect the price might have been in a bubble.’

This has demonstrated that the attempts to prevent the crash happening haven’t had the positive impact on the markets that was expected. The low interest rate and the growing economy have all added to the pressure that the markets globally are facing.

There have been financial situations that have had a disastrous effect on the financial markets with the collapse of banking institutes. Many people speculated of the possibility but no-one could have ever predicted with any accuracy the true scale of these events.

So, the hope for this year is that all the economist are wrong in their deductions about the prospect of the stock market, it might make them look over cautious, but at the end of the day, if you have the information that the value of your stocks is not realistic, you are not going to make returns on your capital and you could potentially lose all your investment capital. This is the risks that you take on a daily bases with the stock market. It is a volatile market that could crash at any minute wiping of billions of dollars, but that is the risk that you take and the reason why you need to be comfortable with those risks.

The only way that you won’t lose money in a stock market crash is going to be if you have forgotten to invest. As with any crashes there are going to be causalities and lots of these, there are millions of people around the world that are investing and work in this industry.

It is not going to be pretty when the bubble bursts, just don’t say you were never warned!

Iconic One Theme | Powered by Wordpress